It has been aeons since I’ve been on here, so I won’t waste your time telling you about the crazy stuff that’s been happening: like writing, the plane crash into my basement, the cats nesting on my ceiling, my bed hanging itself from lack of action, then the three strippers that got the wrong address of a bachelor party and came in my house ready to party (the Cheez Whiz went fast). Busy, busy, busy. Nope, all those stories I will save for my therapist. Let me get to what I came for…

The first two months of 2014 have been very good on the writing front for me, having a short story (my first pro-rate sale), a novel, and a novelette accepted for publication this year. A most exciting time for me. I’m starting to grow an infant sized body of work, so I thought I’d give you readers that have read perhaps one of my stories and interested in more, an overview of what is out there and what is to come in the near future. So without further achoo…!

COMING IN JUNE FROM Ragnarok Publications

“A zombie novel sure to be unlike any you’ve ever read.” ~Ragnarok

“Pony is a magical tattooist with Johnny Boy, a Sons of Flesh MC brother, in dire need of a new skin to live. But the prospects of new dead-on meat strolling into the tattoo shop are slim. Time is running out for Johnny Boy when Pony’s oldest friend and MC brother, Feaster, comes through for them. But Feaster he has a hidden agenda: revenge. Things don’t end pretty.”

An anthology based on Clive Barkers book, Cabal, and his movie, Nightbreed

Inside will be my short story, Cell of Curtains; two survivors of the fallen Midian find refuge in a traveling oddities revue–inhuman freaks hiding in plain sight among freakish humans.

Got your snacks? And now for some entertaining shorts…

What’s sexy about zombies? 51 authors answered that question with wild, weird, and titillating tales. From love during the apocalypse, to love that goes beyond the grave and back again, to love that well, never dies, you’ll find these pages filled with desires demanding to be fufilled, hungers to be slaked, and lovers who won’t let a little thing like death (or undeath) come between them. Do zombies need sex as much as they need brains? What would you do to bring a lover back from the dead? What if you survived the apocalypse only to find yourself alone and sexually frustrated?

Light some candles, put on some mood music, and cozy up with 50 Shades of Decay. The zombie sexpocalypse has begun…

The light has failed: the era of man is at its end.
Born of darkness, the creatures of myth, legend, and nightmare have long called the shadows home. Now, with the cruel touch of the sun fading into memory, they’ve returned to claim their rightful place amidst humanity: as its masters.
Fading Light collects 25 monstrous stories by authors new and experienced, in the genres of horror, science fiction, and fantasy, each bringing their own interpretation of what lurks in the dark.

That’s it for now, my warped readers. Stay with me, as I’ll be updating on the coming attractions and other unknown projects lurking in the shadowed future. Now here’s some kittens…

5 thoughts on “TRAILERS and SHORTS” 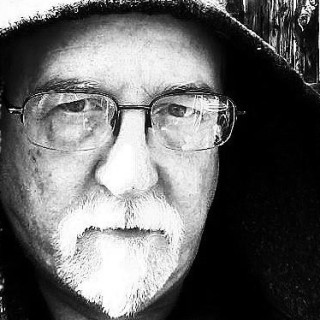